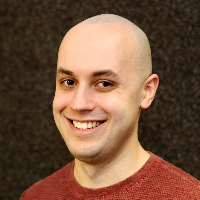 I’m Benjamin Barenblat, and I started using bits and pieces of free software starting in 1999 or so. I wanted to learn C++ at the time, so I picked up the friendliest-looking C++ book I could find (‘C++ for Dummies’, if you must know) and installed DJGPP and RHIDE off the included CD-ROM. I ran into references to free software during my C++ tutorial, but I didn’t really stop to think about what it meant – ‘free’ sounded an awful lot like ‘gratis’, and I was just glad I’d found a hobby I didn’t have to spend any real money on.

About 2003, though, I ran out of programming projects, and I needed a new computer hobby. So I picked up the next friendliest-looking computer book I could find (‘Fedora Core 1 for Dummies’) and installed Fedora. During the next couple of years, I did most of my homework with OpenOffice.org, browsed the web with the nascent Firefox, and eventually got quite comfortable with bash and Emacs. At some point in there, I ran into an explanation of what free software actually is, but even if I’d disagreed with the philosophy, I wouldn’t have switched back to Windows; I’d become far too addicted to installing whatever software I wanted with a single command, rather than buying install media and clicking through cumbersome wizards.

Attracted by Debian’s reputations for security, rigorous attention to license compliance, and massive community, I switched in 2011. I first encountered unpackaged software I really wanted to use (transmission-remote-gtk) a couple years later, and I wound up learning to package so I could install it through dpkg. Since then, I’ve packaged a good amount of software for personal use, and when confident that my packages are stable and high-quality, I’ve asked Debian Developers to upload them. Today, I maintain boogie, dafny, transmission-remote-gtk, and urweb, and I’m working on getting deadbeef through the NEW queue. I now encounter software I’d like to see packaged on a regular basis, and I’m excited about the prospect of being able to upload without bothering mentors.

As you may guess, I’m a bit of a programming languages nerd. I’m excited about packaging new and underutilized languages – it’s a lot easier to try out a new programming language if you can just aptitude install it, rather than locating and compiling a tarball. I also enjoy embedded systems, classic video games, and basketball.

I’m Benjamin Barenblat, and I started using bits and pieces of free software starting in 1999 or so. I wanted to learn C++ at … Expand