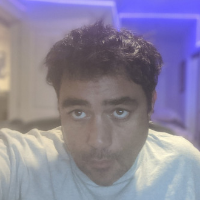 I started using Linux (Slackware) in 1997, irritated by the perceived indirections and bloat of Windows 9x. Upon realizing the value--the miracle--of Free Software, I was an immediate convert. All code I've written (save that directly sponsored+owned by external commercial entities) has been Free since that time, representing the vast majority of code I've ever written.

I began using Debian circa 2002, impressed by the APT system (especially in comparison to the alternatives of that era), the technical acumen of the Debian Developers, the unique and romantic role Debian played in the GNU/Linux and larger Free Software ecosystem, the ease of contributing back to the Project, and the simple fact that it worked better than anything else I'd found. Save the two years during which I developed+ran the SprezzOS Debian Derivative, and a laptop running Arch, I've had Debian Unstable on all my workstations and laptops since.

I wish to become a Debian Developer down the road because this Project has given me so much, and now that I've the time, resources, and knowledge to give back, I see doing so as one of the noblest bits of work I might accomplish in the days left to me.

My contributions to Free Software are many and wide-ranging, including the Linux kernel, LLVM, Glibc, NCURSES, wireshark, autotools, CMake, Valgrind, and many others [0].

In the non-Free world, I am currently employed by Microsoft, writing code for satellites. I have worked at Google, NVIDIA, and Intel, and several startups.

My primary interests include systems programming, algorithmic information theory and the foundations of computer science, compilers, terminal graphics, string algorithms, and computer algebra. Beyond computers, I am very fond of postmodern literature and orcas.

I started using Linux (Slackware) in 1997, irritated by the perceived indirections and bloat of Windows 9x. Upon realizing the … Expand