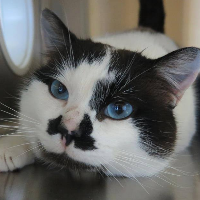 I think I became aware of Free Software roughly around 1994 and around one or two years later I was able to buy a set of CDs from InfoMagic. I later found out about Red Hat and then I switched to Debian Potato - and I sticked with Debian since then. In fairness, before my encounter with the Free Software movement, I felt that there was much more openness in electronics (as in: hardware), and I wouldn't have dreamed of working in IT. Insted, by 2003 I was happily installing Debian in a small lab in my university where I was working as a sysadmin.

Debian felt different than other projects and closer to the ideas behind Free Software. For example, where some other distribuitions were trying to gain a larger userbase as quickly as possible by packaging the latest software releases or putting together a shiny graphical installer, Debian took its time to support many architectures, interact with the upstream developers, resolve legal issues. Not surprisingly, Debian outlived many distributions and not a lot of projects feed from it - not only in terms of Debian Derivatives but also other distributions and upstream developers that look at how Debian solved certain problems or research projects that gather data from our archives, BTS or mailing lists (e.g. testing a new static code analyzer by running it on every source package in our archives)

I like how how the FreedomBox project decided to contribute all the packaging work back into Debian, so that, even if FreedomBox itself will cease to exist,the work accomplished would survive into Debian. (I was hoping the same would have happened with the Maemo project.)