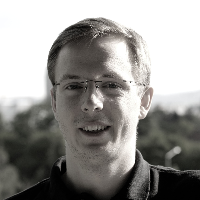 My first contact with GNU/Linux and the FOSS ecosystem was around 1998 when I first installed a Redhat 6 system on spare i386 hardware. I started using it as a simple NAT/router for my dial-up, later added Samba, Apache, MySQL, ...

Around 2002 a friend told me about Debian and I installed it because it had software packaged that I needed to compile myself on Redhat/Fedora. I liked the idea of using the knowledge one gathers through just using and maintaining an installation of certain software to create packages of said software for others to used and build upon.

A few years later I was employed in web backend development and we used Django on GNU/Debian and we had the requirement to roll-out celery, a tool for distributed task execution. I wanted it to be installable directly from the Debian archive like all the other components we were using. So I stared by packaging its dependencies (python-billiard, django-picklefield, ...).

Today I work as a senior systems administrator and my interests in FOSS generally are with web technologies like Django, PostGIS, NodeJS and Celery.

My goal as a prospective DD is to make Debian a first class platform to deploy a wide range of Django projects on and to make the lives of other sysadmins easier by packaging and maintaining niche tools around ZSH and VIM.