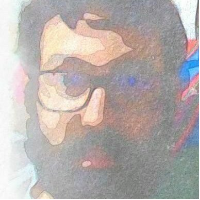 I started using GNU/Linux when I was a teenager and access to Internet was not trivial in Brazil. Some friends invited me to a talk about some operating system (all news to me at the time, and only after many years, I realized that the talk was about Conectiva Linux), which got me interested, so I asked a friend to burn RedHat 7 CDs for me. With time, and better Internet access, I learned about other distros and gave them a try, as well. As a free an open-source operating systems user, I have used many different distros, such as RedHat, Fedora, CentOS, Debian, Arch, Gentoo, OpenSUSE, and FreeBSD.

During the vast majority of the time since I began using GNU/Linux (or BSD for that matter), I had not contributed to any free and open-source communities. I had the desire, but I found it very hard to get started. It was only after I joined IBM that I finally learned (with the help of my colleagues) how to do it. My first contribution was to glibc and it made me super-ultra-hyper-mega-blaster happy! After that first contribution, many followed to a couple of other upstream projects, then, some day, I attended a talk (from Helen Koike) about the Debian development process. She explained to us what stable, testing and unstable were and how they interacted with each other (which demystified the misconception that Debian is old and full of obsolete packages).

Shortly after that, I noticed that the Pragha music player was not in Debian (I knew if from using Fedora and I like it very much), so I built it for myself, but now that I had learned about Debian, I had the information I needed to make it available for more people. Well, not all the information... I read a very large amount of webpages and docs from Debian, before I could even get started with the packaging process per se. During the process, I learned that many friends were already DDs, such as cascardo, leitao, and sergiodj (leitao sponsored my first package), which gave me more confidence that I was on the right path.

Some months later, I read one of the wnpp reports and noticed that bash-completion was being orphaned. I thought about adopting it for a while, but I wasn't very confident about it. It sounded like a very important package and I was afraid that people wouldn't want a beginner to do it. However I asked abe what he thought and he encouraged me, which increased that confidence about it being the right path.

Currently, I maintain pragha and bash-completion and I have a package in the NEW queue (pveclib). Maintaining these packages is cool and I would like to keep doing it after I become a DD (specially bash-completion, which still has a very large number of open bugs, which will take a while to address). Besides that, I would like to take some other role in the project and I think that helping ftp-master with the NEW queue could be one of them.

I started using GNU/Linux when I was a teenager and access to Internet was not trivial in Brazil. Some friends invited me to … Expand