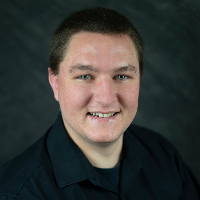 I have been a Debian user for over ten years, and figured it's about time to more formally contribute back.

In December 2020, I began work on preparing my first formal package for Debian: openrct2. It (plus its two dependencies) were sponsored by Andrius Merkys (merkys) in March 2021. While waiting for the packages to make it through NEW, I prepared updates as the upstream developers released new versions. I have also worked with the upstream developers to fix and correct a handful of small issues while working on Debian packaging.

In October 2021, I began serious work on packaging LXD (plus all its dependencies) for Debian, which will resolve a seven year old ITP that's been worked on in starts and fits, but never actually concluded. Aloïs Micard (creekorful) has graciously sponsored my work for this under the Go Packaging Team umbrella: I have worked on 39 new/adopted/updated packages in main, with another 9 packages either pending upload to NEW, sitting in NEW, or pending upload to unstable as an update. While working on packaging, I have been active with several of the upstream projects, reporting issues with build problems, test failures, removing vendored copies of code, and updating stale golang dependencies.

My primary area of interest is packaging software that I use, but isn't currently included in Debian. This was/is the case for both openrct2 and LXD; I had been maintaining my own private packaging of these programs, but it really makes more sense to get them into Debian so everyone can use them.

I am applying to be a DM primarily so I can directly update packages I have worked on, such as openrct2, without having to bother my (very kind) sponsors. Eventually I would like to become a full-fledged DD.

I have been a Debian user for over ten years, and figured it's about time to more formally contribute back. In December 2020… Expand