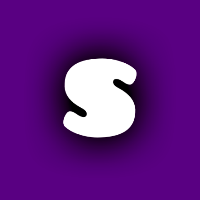 I'm Josh Peisach, I live near New York City and I want to become a Debian Maintainer for cinnamon-team. Here is a very oversimplified history of me.

Short story of my linux life: My dad works at a Rutgers University nearby, and when I went to his workplace as a kid I learned about VirtualBox. This intrigued me to become interested in computers of all sort, and get into Linux. Specifically, Ubuntu. A few years later when I got my laptop, I dual-booted it with Ubuntu after some distro-hopping. (I did try Debian, but I'm too trash to figure out how to configure WiFi. I have virtual machines) Out of curiousity, a very ambitious me wanted to create an Cinnamon flavor as part of Ubuntu's flavors, and currently it's Ubuntu Cinnamon Remix which I maintain. However, to add more features, and to be able to rise the ranks in the Ubuntu world to get closer to flavor status, I need to show I have a lot of experience. Of course, this all relies on Debian's cinnamon-team work and that's what I'm here to join.

Getting my Ubuntu Cinnamon packages into the Ubuntu archive isn't an issue, but as mentioned I rely on Debian, and I want to join it. I want to become more deeply involved in it and help build on it. It's something that I can do as I get closer to college, and hopefully influence my life, and many others.

I know an Ubuntu contributor trying to help Debian is like dogs and cats living together but for now, humor me.

Cinnamon work: In early 2020 a bug was discovered in Nemo (Cinnamon's file manager)'s Python API that caused some extensions to not work. fossfreedom (David Mohammed) helped take care of this. I also later helped report #955594.

In April, I backported my first patch to Debian. I had already had plenty of experience helping friends with Debian packaging, and packaging myself, and using lintian to clean up so I've been able to quickly use quilt and fix Python noisiness (what else honestly), closing Bug #956001 in 4.4.8-4, just in time for the Ubuntu Cinnamon Remix 20.04 LTS release. These were the main bugs I've reported and patched in Debian's Cinnamon Desktop Environment, and now I started to focus on features.

I also had spoken with arun, who runs UbuntuDDE. He had to get the whole Deepin Desktop Environment packaged into debian, much more work for me. I became a developer (not a debian developer, an unofficial developer) who helped setup some git repositories, start packaging and getting things ready to help the maintainers in pkg-deepin-team. They are much more bigger now, and I'm super proud of myself and them, the team has made so much progress there. Can't wait to see it in action :)

During late 2020, I began work on opening ITP's to start packaging the Nemo extensions. There was a whole set that were available that was planned to be packaged, but never really was. So I stood up, and took care of it. I knocked all of them out (except nemo-preview, it requires another X-app called Xreader. Not sure if I'll get that into debian, but if we have to we can patch it to work with Evince), and soon enough they were in the cinnamon-team salsa repositories.

However, due to bullseye freeze they weren't uploaded, but sort of chilling on the side, and will be uploaded with the Cinnamon 5.0.0x bundle. At this time, norbusan announced his leave to Cinnamon after bullseye for KDE (he really works hard on it) and I'm sure he will be much happier. With all these nemo extensions packaged, and ready when needed to, I decided now would be my time to step up, and fill in for norbusan and take control of cinnamon maintenance. Hopefully the nemo extensions would be uploaded, I could work closer with upstream, and maybe even publish the X-apps (extra apps used in the Cinnamon desktop environment). This would help me with my Ubuntu application, and my future and even on the cinnamon-team mailing list norbusan suggested it'd be a great opportunity.

To make this short and sweet, I cut out a lot of stuff but my commit history and much more can be found on my GitHub, the Ubuntu Cinnamon Remix GitHub, and my Salsa (ItzSwirlz-guest)

I'm Josh Peisach, I live near New York City and I want to become a Debian Maintainer for cinnamon-team. Here is a very oversimp… Expand