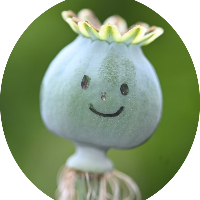 My first serious exposure to computers was as a teenager in the 1990s. I was very curious as to how the family PC worked, and taught myself 8086 assembly language. I was interested in extending and improving the software which came with the PC, but as it was closed source, there were limited opportunities for doing this. I started trying to write my own software from scratch, but working alone in assembly language limited progress.

I first encountered UNIX-like systems and the GPL whilst studying Mathematics at University. Around this time the desktop PC environment turned into a monoculture. Many of the commercial applications I had been using were pushed out of business, and the applications from the dominant vendor did not fit my way of working. Whilst doing research in the early 2000s, I became involved in providing IT Support within my University, and I began to think about how Free and Open source software and collaboration could provide an alternative to this situation. After trying a few Linux distributions I settled on the pre-release Warty Ubuntu, and have been using Ubuntu and more recently Debian ever since.

As a user I have been a long time admirer of Debian's packaging system. Last year I had the opportunity to attend a one day packaging tutorial / workshop. Since then I have been putting this to use, mostly within the Debian Perl Group, where I have so far packaged 28 dependencies of a Free network access control application.

My first serious exposure to computers was as a teenager in the 1990s. I was very curious as to how the family PC worked, and t… Expand