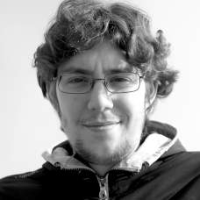 My relationship with computers started at a very early age thanks to my father, who is also responsible for my strong interest in video games: we played classic DOS titles together on a Olivetti 486. I was a Windows user through most of my childhood and my teenage years. Then computers became essential to me to edit videos, because I wanted to be a film director making James Bond movies. Actually my first real jobs were in IT, because I needed a stable stream of revenue. There were many more offerings and it was a cheaper field to get into, however I was not satisfied due to the lack of social agency I felt in my employments.

Bored by modern Windows and yearning to find a way to help common people with my tech skills, I stumbled across the Free Software Foundation and the suckless subculture. People like Richard Stallman and later Edward Snowden inspired me to switch to Debian full time, both at work and at home. Having been always interested in how systems function and wanting to give back to the community, I am studying to become a Debian Developer.

Right now I am the package maintainer of tango-icon-theme and icon-naming-utils. I have sent one NMU for scummvm and two for dwm, the window manager I use, I have requested backports of 0ad and sshguard and I am trying to get a sponsor for my package davegnukem, a 2D action scroller inspired by the first Duke Nukem game. I also plan to bring the spek package back and I am working with upstream to make it happen. I like to focus on packages I use on my machines. In the future I would like to package C-Dogs SDL and CDEmu, for which I have filled an ITP bug, but I have stopped working on it when I realised it was too much for a first task.

My relationship with computers started at a very early age thanks to my father, who is also responsible for my strong interest… Expand