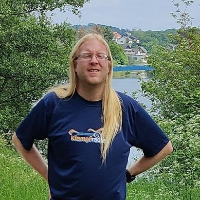 I am Nik, and have decided now would be a good time to try to become a Debian Maintainer, after having contributed to Debian for a few years.

I got in contact with free software when I was eleven years old (that was in 2001). It took me a bit to finally get to Debian, just like most people try some distributions until they find their home. However, I have been using Debian alone since 2011, and started using sid and reporting bugs from the start.

By now, I have become more active in the Debian project. I attended my first Bug Squashing Party during the wheezy freeze, doing some NMUs for RC bugs.

Finally, I got to maintain quite a few packages. My main interests are in two fields:

The idea to become Debian Maintainer to upload my own packages now is that I think that by now, I am fit enough to not break something on a package that was once reviewed by a sponsor, and that I think it is not necessary that I take the time of others anymore to update my packages, e.g. during the freeze for stretch when everyone has sorrows of their own ;).

Since, I have been learning more and more stuff, by working in the stretch release process, doing bugfixes of important bugs for point releases, and coordinating fixes with the security, backports and stable-pu teams.

Thanks for reading and cheers, Nik

Hi there! I am Nik, and have decided now would be a good time to try to become a Debian Maintainer, after having contributed… Expand