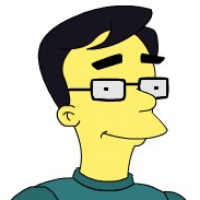 I'm a long-time Linux user, being first exposed to it in the late 1990s and first installing it in 2000 to try out the "LAMP thing". It was apparent even then that there were better ways of accomplishing tasks on a PC.

I've been running dedicated MythTV machines since late 2004 and dedicated desktops since not long after that. I even get printers to work.

I've been organising my local Linux User Group (Rugby, Warwickshire, UK) since December 2009, taking over from another Debian Developer who moved out of the area. In addition to sharing knowledge amongst members at meetings, we've also run a few Software Freedom Day events which have been very successful.

In early 2018 I became a Code Club volunteer, and help run a weekly club in the centre of Rugby.

I'm also a volunteer at The National Museum of Computing at Bletchley Park, most recently restoring some NeXT machines. My next project is to get them netbooting from a RPi running Debian.

I see my reasons for contributing to Debian as at least three-fold:

My active participation in Debian started back in August 2015, with a sponsored NMU of the xmltv source package. This package had not seen updates for a few upstream releases and I wanted to help improve the situation (especially as an active developer upstream and a Debian user downstream). After a few more NMUs, I took over maintenance of xmltv in 2016, and made the latest release only a couple of weeks ago to get it into Buster.

In November 2015 I joined the Debian Perl Group and was immediately exposed to some fantastic mentoring (which continues to this day). Since joining the Perl team I've introduced 58 NEW packages - the first in February 2016 and the majority of which have closed outstanding RFPs. Over the past few years I've made many dozens of sponsored (team) uploads in the team.

In April 2018 I packaged the playerctl media utility (which I'd been using locally but which wasn't available in the archive) and after a few sponsored releases migrated it to the Debian Multimedia team and will continue to maintain it there. I'd also really like to see MythTV in Debian proper.

More recently, I joined the Debian Python Modules and Applications teams in mid-2018 in order to bring the Mu editor and MicroPython runtime for the micro:bit single board computer to Debian.

Most recently of all, I joined the Go team and packaged the gron JSON utility, which saw its first upload in January 2019. I also took over maintenance of connman-ui and introduced its successor, connman-gtk, to Debian in time for the soft freeze.

As I write this, I see 126 packages on my QA/UDD pages. From a practical perspective, I'd like to become a full, uploading member of Debian in order to be able to be continue to contribute to the project without impinging on the valuable time of other DDs for upload sponsorship etc. More formally, I'd also like to be able to participate in votes and elections, and be able to offer sponsorship of package to new contributors in the future.

I'm a long-time Linux user, being first exposed to it in the late 1990s and first installing it in 2000 to try out the "LAMP th… Expand