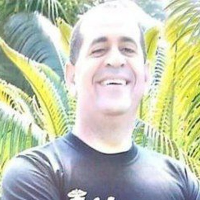 My name is Josenilson Ferreira da Silva, I live in the city of Paulista, metropolitan area of ​​Recife in the state of Pernambuco, Brazil. married and father of a beautiful daughter and currently working in the vehicle trade.

I'm one of those users who got tired of the restrictions of proprietary software and decided to go in search of something more free. It was in this sense that I got to know Free Software, mainly the GNU/Linux world. And among the many possibilities of using OS, I got to know the Debian project, which I became a user about a year ago.

It is noteworthy that one of the factors that contributed to my adherence to Debian was the collaborative and well-defined way in which this project is organized. And it was because of this contentment that I decided to collaborate with this project, mainly in the area of ​​packaging maintenance.

And despite not working directly in the technology area, I never hid my willingness to learn and seek new knowledge. And it was within this spectrum that Debian contributed enormously to making that wish a reality.

My name is Josenilson Ferreira da Silva, I live in the city of Paulista, metropolitan area of ​​Recife in the state of Pernambu… Expand