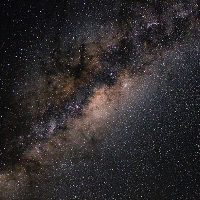 My name is Shayan Doust and (at the time of writing this introduction), I'm 20 years old. I am from England and I'm currently pursuing full-time education at University. My personal interests have always been within Artificial Intelligence and ontologies, however I have also specifically been in the strict-bounded domain of open source softwares.

My introduction to the use of Debian covers a span of many years; not packaging which I started more 'recently'. I have since been successful to migrating a handful of the people I know into using Debian as their preferred go-to operating System.

I first got into the idea of packaging when I became curious about Debian, its principles and its ecosystem of vast packages. At this time, I was not involved within any major open source community so I decided to research and see how I could be involved and contribute to Debian. That is where I ended up site-hopping, to which I eventually landed on Debian Med's page, specifically the 'Mentoring of the Month' effort, or 'MoM' for short. That is where I met Andreas Tille to which he, and Andrius Merkys, became my mentors. They were both very welcoming and extremely helpful, and that kept my engagement and focus in packaging. The community as a whole has been very motivating and so far, Debian Med for me is 'more like home', though I am willing to expand to different teams and efforts once I become more accustomed to the project and I find time. My packaging effort has started around sometime during the summer of 2019 and I have since had a good portion of bug fixes done, general maintenance of packages as well as sponsored uploads (to which some packages have been approved now). Not only has this significantly increased my sociability skills but also different programming languages and the different build systems. My only intentions now remain as to spend more time on the project and be more involved with packaging as well as bug squashing, so with my strive I do wish to one day reach the suitability of becoming a Debian Developer.

My name is Shayan Doust and (at the time of writing this introduction), I'm 20 years old. I am from England and I'm currently p… Expand