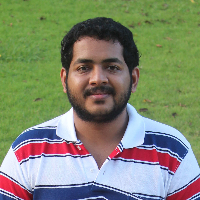 My name is Balasankar C and I am from Kerala, India. I am currently doing my Post Graduate course (Master of Technology) in Computer Science and Engineering. I am interested in the concept of freedom anywhere and everywhere and also am a privacy advocate. I am also interested in spreading awareness about the necessity of Freedom and Privacy among relatively non-technical people.

I was introduced to the world of computers during my school days, but got a regular access to them much later (around 2002) when my family bought one. Like many others, I too was using Windows OSs. IIRC, the first GNU/Linux operating system I used was Mandriva, but I didn't go much forward with it. It was in 2009, I started using GNU/Linux (Ubuntu) extensively and never went back to Windows since. I started using Debian around 2012 and Squeeze was my first Debian version. I was then dual booting Ubuntu and Debian. I got more and more disappointed with the later versions of Ubuntu and removed it completely, making Debian the only OS in my computer. I dove more and more into the world of Free Software, mainly in the localization of different softwares I use to Malayalam language. I was a GNOME Foundation member and had commit access in the Malayalam localization team. Localization, initially, was my primary area of contribution to Free Software and I contributed to Mozilla, Diaspora, LibreOffice, Mailpile etc.

I was introduced to the process of packaging by Praveen around October 2012 when during an IRC session about packaging Diaspora for Debian. But, that initial push didn't last and I never did any packaging for around two years. It was in 2014, I again tried out packaging and slowly became more and more interested in it. Packaging and maintenance helped in improving my technical skills (and my communication skills too, when I had to communicate with upstream, other members of Debian Ruby team etc.. Also, it made me (no complaints there) dive more into some programming languages which were used to write the softwares I was packaging.

Being a techie and a freedom demander, I feel very much related to Debian's commitment towards Free Software and thus am happy contribute to Debian. I wish to help in the packaging of those softwares that primarily are alternatives to the conventional non-free softwares people are locked in (like Diaspora, which is a privacy aware Social Networking alternative and GitLab, a Libre alternative to GitHub etc.). My areas of interest in packaging, in addition to Ruby, includes Python (which I mainly use for my programming works) libraries, Indic language computing related stuff like fonts, hyphenation rules, input methods and other libraries in that area etc. Apart from packaging, I am also interested in Localization, Documentation, co-ordination and management of Team based meetings, resources etc.

My name is Balasankar C and I am from Kerala, India. I am currently doing my Post Graduate course (Master of Technology) in Com… Expand