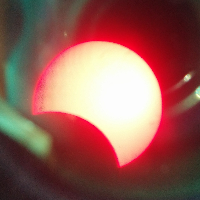 Hi everyone! I'm James. I'm currently an undergraduate student at the University of British Columbia, as well as a hobbyist software developer and sysadmin.

My interest in FOSS first came about in ~2013 through IRC bots and servers, later shifting to the operating system stack (Linux) that these programs tended to favor. Originally a Windows user, I've since switched my desktop to Debian, running Linux full-time now on both my personal machines and servers. My reasons for volunteering in Debian are akin to why I made my own switch: championing a freedom to tinker as well as personal privacy.

In Debian specifically, I've been a contributor since 2015. Right now, I work on on a handful of packages including variety, exe-thumbnailer, and lightdm-gtk-greeter-settings. For the first two projects, I have also assisted upstream with (co-)maintenance and extensive bug triaging.

My main packaging focus so far has been on desktop programs; my goals going forward are to continue polishing and developing Debian's collection of them, and consider bringing other interesting projects to the Debian ecosystem.

Hi everyone! I'm James. I'm currently an undergraduate student at the University of British Columbia, as well as a hobbyist sof… Expand