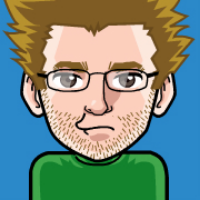 I have been using Free Software and especially GNU/Linux privately on desktop and server systems for quite some time now, while studying at school and university. From the beginning, I have contributed to Free Software projects and even created some new ones on my own. For several years, I've gained Linux experience - first with SuSE, then with Ubuntu, then Gentoo (including some packaging work there) for some time and finally arrived at Debian. Now I am very lucky to have found a job in an organization that both extensively uses Debian for desktop and server systems and is supportive of me contributing back to the community.

I want to continue those packaging and maintenance efforts (without being dependent on sponsorship for uploads) and also continue to spread the word about Debian. Maybe I am in luck to be a part of Debian when the year of the Linux desktop finally comes ;)

Thanks a lot, Moritz

Hi everyone, I have been using Free Software and especially GNU/Linux privately on desktop and server systems for quite some… Expand