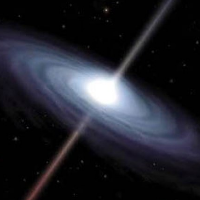 I'm Nilesh, a 21 year old undergrad student and a free software enthusiast from India. I was introduced to the world of free software when I entered the second year of my engineering degree. Simply amazed by it's philosophy and influence, I started using GNU/Linux and also became a part of ILUG-D, a local Linux Users Group in Delhi. I always wanted to contribute something to the community but was always remained intimidated. It was in March 2019, that a Minidebconf (Debutsav) was organized in Delhi. Simply interested by the event, I attended the conference on Day - 1, and was introduced to Debian Packaging. This looked really interesting to me, and when I got free time, I read up a few docs and started with a "hello-world" package to get the hang of it. I had a few doubts in the process, and Utkarsh Gupta (a DD) helped me with it. Seeing my interest in learning packaging stuff, Utkarsh invited me to relevant IRC channels where I met Pirate Praveen. Praveen not only mentored me with packaging, but also made me aware of the way things work in Debian, and free-software in general. I'm very thankful to both Praveen and Utkarsh :-)

Soon, I started to make real contributions, and I could feel my skill improve manifolds in a short period of time. Thanks to Praveen's awesome mentoring. While contributing to JS-team repos, another DD - Xavier Guimard would review and sponsor my packages most of the times - I admit, I learnt a lot from him; I always admired him doing packages with lightning fast speed :) Since then, there has been no looking back, and I contributed to my fullest. I soon started contributing to other Debian teams, and the blends teams grabbed my interest. There, I met another DD - "Andreas Tille" who would mentor me and sponsor my packages. The Debian Med team is a very interesting initiative and I love contributing there. With Andreas' solid support and mentoring, I feel that my skills have further improved leaps and bounds. Initially started with the JS-team, by now I've now contributed to 9 packaging teams. I'm mainly active in JS, Go, R and Med teams - and try my best improving the packages there - by introducing new packages, fixing bugs, adding tests etc. In the process I've worked with a lot of other DDs as well - Steffen Möller, Michael R. Crusoe, Dylan Aissi (Dylan sponsors most of my R packages :-)) and several others, who have helped me a lot in the journey. So far, I would say that my Debian journey has been a very enriching experience, and I hope to contribute even more and give back to the community :)

I'm Nilesh, a 21 year old undergrad student and a free software enthusiast from India. I was introduced to the world of free s… Expand