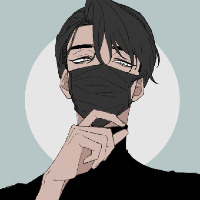 Hello, I'm a 21 year old free software enthusiast from India. I’m currently a senior year student majoring in Electronics and Communication Engineering. I got interested in GNU/Linux after I attended my first ever hackathon where I was inspired by seeing people randomly entering commands onto the terminal. I was also a fan of the Web Series ‘Mr.Robot’. These two things motivated me to try out a GNU/Linux system. So the first thing I did when I got my own laptop was install Ubuntu. Then I switched flavors and moved to KDE, later I tried differrent WMs. It's been a wonderful learning experience ever since. Then I happened to attend DebConf 21 where in I got to know more about Debian and the values it holds. I attended a packaging workshop conducted by Pirate Praveen (DD) and shortly after I packaged the simplest node module I could find and filed an ITP without knowing it doesn'nt makes sense to package a single file with few lines of code. It was rejected right away and later praveen helped me start packaging actually needed software in Debian and he sponsored most of my initial packages.

Ever since then I have contributed to Ruby, Med and OpenStack teams and also helped in backporting 3 security patches for puma to stable.I got inspired by the effort that the community and developers take to maintain an entire OS voluntarily, I would also like to uphold this principle and volunteer for the Debian Community